Distributed ledgers have become one of the most disruptive applications of information technology that have appeared in recent times. Their ability to store any kind of data as a consensus of replicated, shared, and synchronized digital records distributed across multiple sites, without depending on any central administrator, together with their properties regarding immutability (and therefore non-repudiation) and multi-party verifiability opens a wide range of applications, and new interaction models among those entities willing to record the transactions associated to those interactions through these ledgers.

These technologies have become the intrinsic foundation of today’s secure decentralized cryptocurrencies. Often they are referred to with the term blockchain, given the use of cryptographic techniques to link a growing list of blocks (records) and guarantee its immutability as one of the core components of these ledgers. But we must not forget the other properties mentioned above, related to the need for a consensual, replicated, and synchronized data ledger. While distributed ledgers are mostly known because of their use as cryptocurrencies, there are many other uses besides them, with examples such as smart contracts, support to digital identity attributes, object tracking, or the verification of service level agreements.

Distributed ledgers can be considered as permissioned or permission-less, regarding the requirements for a node to be approved to validate the transactions and record them on the ledger. While permission-less ledgers are the ones that have received most attention from the general public (with the paradigmatic example of Bitcoin), permissioned distributed ledgers are the ones best qualified to address most of the use cases of interest to the industry and governmental institutions. The main reasons for this are related to both technical and legal aspects. Among the first ones we can consider goals such as the cost and delay for recording of a transaction, the cost of the consensus algorithm, and the fairness properties among participants. The legal matters include the support from external legal agreements or the regulatory enforcement in critical sectors.

The ETSI Industry Specification Group on Permissioned Distributed Ledger (ISG PDL) analyzes and provides the foundations for the operation of permissioned distributed ledgers, with the ultimate purpose of creating an open ecosystem of industrial solutions to be deployed by different sectors, fostering the application of these technologies, and therefore contributing to consolidate the trust and dependability on information technologies supported by global, open telecommunications networks.

The group puts its focus on addressing infrastructure and operational aspects that had not been covered by previous or parallel standardization activities,

The ISG PDL started from already available experiences in the field of permissioned distributed ledgers, seeking for the definition of open and well-known operational mechanisms to validate participant nodes, support the automation of the lifecycles of the ledger and individual nodes, publish and execute operations regarding the recorded transactions through smart contracts, improve security of ledgers during both their design and operation and establish trusted links among different ledgers using these mechanisms.

After an initial phase where the goals of PDL activities have been delimited and the general (and prolific) DLT landscape analyzed in PDL001, different reports on salient issues have been produced, including:

The implications of the conduits used to feed data to distributed ledgers, and how regulatory aspects for data infrastructures can be satisfied. 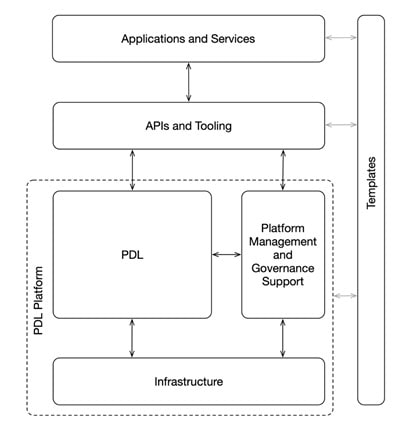 The analysis of application scenarios, with special emphasis on as-a-service paradigms, and PDL infrastructure governance aspects.

The proposal of an architecture and functional framework for smart contracts, their planning, coding, and testing. 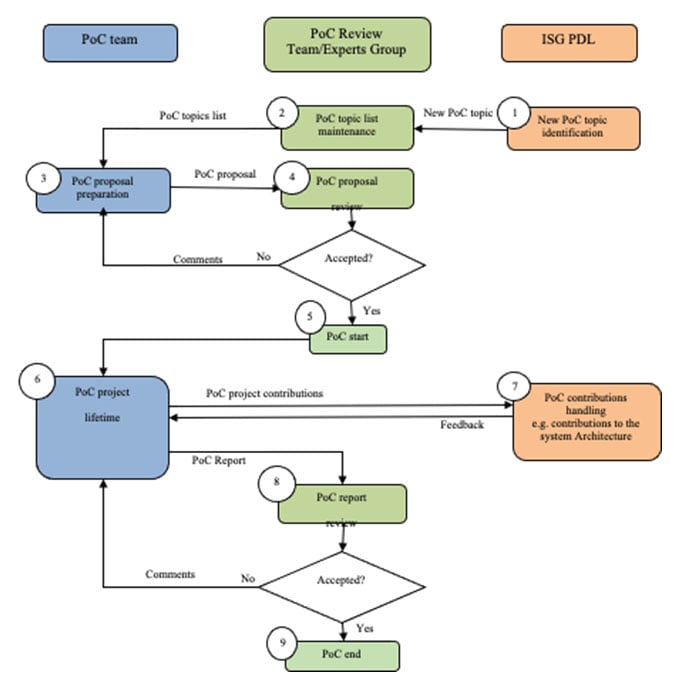 A framework for technology assessment and demonstration via proofs of concept has been established as well.

The ISG has established a strong connection with research activities, especially the collaborative research projects within the Horizon 2020 programme, with specific work-items focused on this coordination.

The community is starting new work on operational aspects such as inter-ledger interoperability, off-line operational modes, and federated data.

The ISG PDL plans to evolve its current reports into normative specifications, addressing early feedback coming from operational experience, end ensure the adaptation of its principles and work items to new application environments, especially those enabled by the emergence of next-generation networking infrastructures, such as those related to resource trading at all levels, from compute nodes to spectrum, as well as new industrial scenarios.

The ISG PDL works in tight coordination with other groups in ETSI and elsewhere, including open-source initiatives and PDL is committed to produce deliverables of three different natures: Informative (studies and recommendations for further work), normative (specifications) and demonstrative (in the form of proof-of-concept reports and interoperability assessment events).

A full list of related specifications in the public domain is accessible via the PDL committee page, and can be searched through the ETSI web search interface. The ISG has an open policy for document access in order to facilitate the interaction with research and industry, and early versions of working drafts are publicly available at the document open area.