To strengthen dialogue on ICT standards between India and Europe, ETSI organised a conference in New Delhi on 13-14 March. 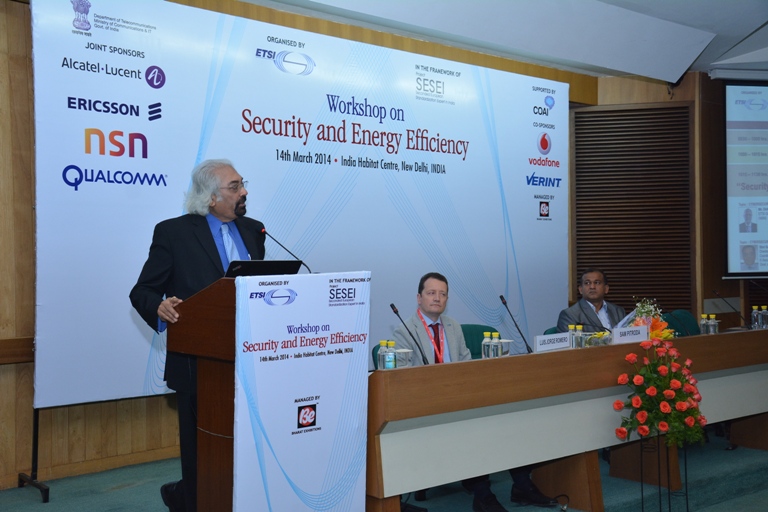 The “Indo-European dialogue on ICT standards & Emerging Technologies” and workshop “Security and Energy Efficiency” are an effort of ETSI and Indian ICT stakeholders to come together and work closely on emerging technologies and ICT standards. The event provided a platform for ETSI to present the latest standardization work and the Indian ICT Community shared the India specific requirements. The dialogue was instrumental in understanding and identifying the potential standardization gaps and how best they can be bridged. New areas for collaboration could also be established.

Mr. Luis Jorge Romero, ETSI Director General, leading the ETSI delegation stated that “With ICT technologies having global impact, the need for interoperability and economies of scale, it is all the most important to develop global standards and have a regular and continuous dialogue between EU and India to strengthen the standardization efforts in the field of ICT”. He added: “We look forward to India playing an active role in the development of ICT standards. ETSI is keen to support the efforts of Indian standardization development bodies”.

His Excellency Dr João Cravinho, Ambassador and Head of Delegation of the European Union to India, stated that “Contributing from an early stage to international standardization efforts is one way of ensuring that products and services can be sold all over the world. In ICT, harmonized global standards represent an important way to make devices and applications interoperable, which boosts competition, benefits consumers, drives competitiveness and promotes innovation. The European Union is promoting standardization efforts both at European and at global level, and has a strong interest and commitment in working together with India also on this topic; Project SESEI as supported by European Commission is an example of it.”

“COAI and ETSI are pleased to have signed a MoU to take the process of Standards development in India forward. After emerging as the world’s second largest mobile market, it is imperative India take a leading role in embedding its requirements for network equipment, handsets and services in to global standards for the benefit of its customers, manufacturers and service providers. In addition, as India increasingly develops its own Intellectual Property Rights (IPR), it is important to provide a path for these IPRs to be monetized. Standards provide this path. COAI and ETSI are proud to be collaborating to make this a reality in India”, stated Mr. Rajan S Mathews, Director General COAI.