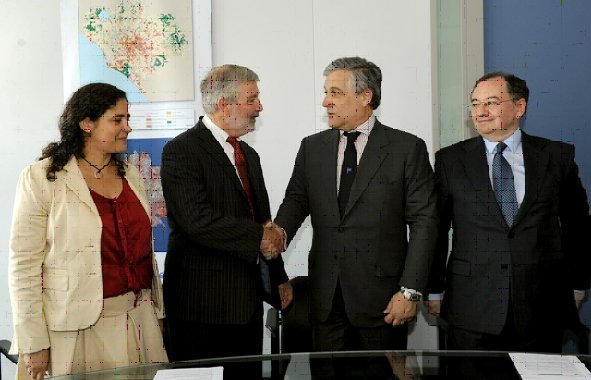 Electric vehicles have become an increasingly important topic in the European agenda, representing an undeniable potential in achieving the 2020 target of reducing carbon emissions. The push to develop viable electric cars has been driven in particular by the need to cut greenhouse gas emissions in order to curb climate change and reduce reliance on fossil fuels. The transport sector has been offsetting emission cuts from other sources, as it has become the fastest-growing consumer of energy in the EU.

Safety, interoperability and performance of electric vehicles chargers are at stake. The essential contribution of standardization, and the work of the official European standardization bodies, in completing these objectives is again recognised by the European Commission and EFTA.

Interoperable chargers will allow consumers to easily charge their vehicles across Europe, and to use the same charger for different brands of electric vehicles. The standard will ensure the interoperability and connectivity between the electricity supply point and the charger of electric vehicles, and guarantee the safety of the electric vehicle batteries and their electromagnetic compatibility. The setting-up of new standards for electric vehicles will further promote the development of the European internal market and help withdraw barriers to trade.

CEN and CENELEC have created a Joint Focus Group that will prepare an initial response to the mandate, by urgently assessing European needs and seeking to ensure that international standards meet these. The Focus Group hopes to complete its report by 31 March 2011. The Intelligent Transport community within ETSI is discussing the mandate with the Car-To-Car Consortium (C2C CC) in order to investigate the work that may be required to answer the communications aspects in reply to the mandate.

ABOUT CEN
The European Committee for Standardization (CEN) is a business catalyst in Europe, removing trade barriers for European stakeholders such as industry, public administration, service providers, consumers and other stakeholders. Its mission is to foster the European economy in global trading, the welfare of European citizens, and the environment. Through its services CEN provides a platform for the development of European Standards and other specifications.

CEN's 31 National Members work together to develop voluntary European Standards (ENs) in various sectors to build a European Internal Market for goods and services and to position Europe in the global economy. By supporting research, and helping disseminate innovation, standards are a powerful tool for economic growth. More than 60.000 technical experts as well as business federations, consumer and other societal interest organizations are involved in the CEN network that reaches over 480 million people.
For further information, please visit: www.cencenelec.eu

ABOUT CENELEC
The European Committee for Electrotechnical Standardization is officially responsible for standardization in the electrotechnical field. In an ever more global economy, CENELEC fosters innovation and competitiveness, making technology available not only to major businesses but also to SMEs through the production of voluntary standards. CENELEC creates market access at the European level but also at the international level through its cooperation agreement with the International Electrotechnical Commission (IEC).

Through the work of its 31 Members together with its experts, the industry federations and consumers, Electrotechnical European Standards are created in order to help shape the European Internal Market, to encourage technological development, to ensure interoperability and to guarantee the safety and health of consumers and provide environmental protection.
Detailed information available at www.cenelec.eu


About ETSI
ETSI produces globally-applicable standards for Information and Communications Technologies (ICT), including fixed, mobile, radio, converged, aeronautical, broadcast and internet technologies and is officially recognized by the European Union as a European Standards Organization.  ETSI is an independent, not-for-profit association whose 740 member companies and organizations, drawn from 62 countries across 5 continents worldwide, determine the ETSI work programme and participate directly in its work.