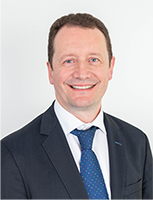 Luis Jorge Romero, first elected as ETSI’s Director-General 8 years ago, outlined his achievements over this period. “These years provided ETSI with a valid and solid foundation. We embraced many technologies, including artificial intelligence, network virtualization or blockchain to name a few, thanks to a team who keeps updated on new technologies and trends” he said. He pointed out the governance, financial stability and new working methods of ETSI over the years and reminded members that ETSI addresses both European and global needs, is versatile and inclusive in its membership and culture.

ETSI’s Director-General is elected for a five-year term of office, which may be extended by the members for a further three years.

Mr. Romero has 30 years’ experience in the telecommunications sector. Previously he has held diverse Director positions in Spain, Morocco and Mexico, predominantly with Telefónica. As Global Director for International Roaming and Standards, and Director of Innovation and Standards, he oversaw Telefónica's participation in global standardization activities, and participated directly in the work of the Next Generation Mobile Networks (NGMN) Alliance and in the GSM Association (GSMA). Before joining ETSI, he also held the position of Director-General of Innosoft and was also a partner and board member of the Madrid-based Innology Ventures.

About ETSI
ETSI provides members with an open and inclusive environment to support the timely development, ratification and testing of globally applicable standards for ICT-enabled systems, applications and services across all sectors of industry and society. We are a not-for-profit body with more than 850 member organizations worldwide, drawn from 64 countries and five continents. Members comprise a diversified pool of large and small private companies, research entities, academia, government and public organizations. ETSI is one of only three bodies officially recognized by the EU as a European Standards Organization (ESO).