Professor Michael Walker OBE, who has died aged 71, moved from being a mathematics Professor (Privatdozent) at the University of Tübingen to being a world renowned expert on Cyber and Mobile Security and Cryptography within the telecommunications industry and academia. 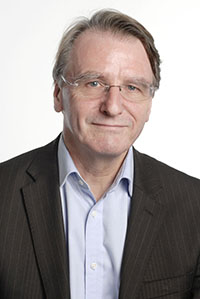 In industry he first worked at Racal Research, and completed his career as Research and Development Director for Vodafone Group worldwide for ten years. Following his retirement from Vodafone he continued to work as a consultant in the telecommunications sphere. He will be remembered for his pioneering work on mobile security. In the mid-1980s he introduced analogue mobile security, and was one of the key individuals in the early days of digital communications with GSM (2G). He went on to manage development of digital mobile phones, leading world-wide groups standardizing 2G, 3G and 4G, bringing together engineers all over the world to define our present day systems. He also defined technical security and cryptography within Europe by leading such standardization within the European Telecommunications Standards Institute (ETSI) ultimately as Chairman of its Board, and as the first Chair of the 3rd Generation Partnership Project (3GPP) security group.

He did not forget his academic roots, and contributed much to the teaching and encouragement of a new generation through various Professorships, Fellowships, and other engagements at the Universities of Kaiserslautern, Karlsruhe, Surrey, and Royal Holloway and King’s College, London. He served as Head of the School of Natural and Mathematical Sciences at King’s from 2011-2013.

Prof. Walker’s many achievements were recognized by the award of Fellowships by the Royal Academy of Engineering, Institute of Mathematics and its Applications, The Wireless World Research Forum, ETSI and Royal Holloway, University of London, culminating in the honour of an OBE in 2009 for his work. To the last he was heavily involved and enquiring into new concepts and ideas. His contribution will be long remembered by those who know him, and his legacy will be in the hands of everyone who picks up a mobile phone, anywhere around the world: over 60% of the world population.

Professor Michael Walker OBE died on the 27th of September 2018. He was pre-deceased by his wife, Veronica, whom he met whilst working on his Ph.D. at Royal Holloway. He leaves two sons, Alan and Martin, and two granddaughters, Eleanor and Evelyn. He found relaxation in reading, running and in his garden.