The second global ETSI NFV Plugtests® event saw high rates of test execution and interoperability for multi-vendor network services, according to the event report published today on the ETSI Portal. 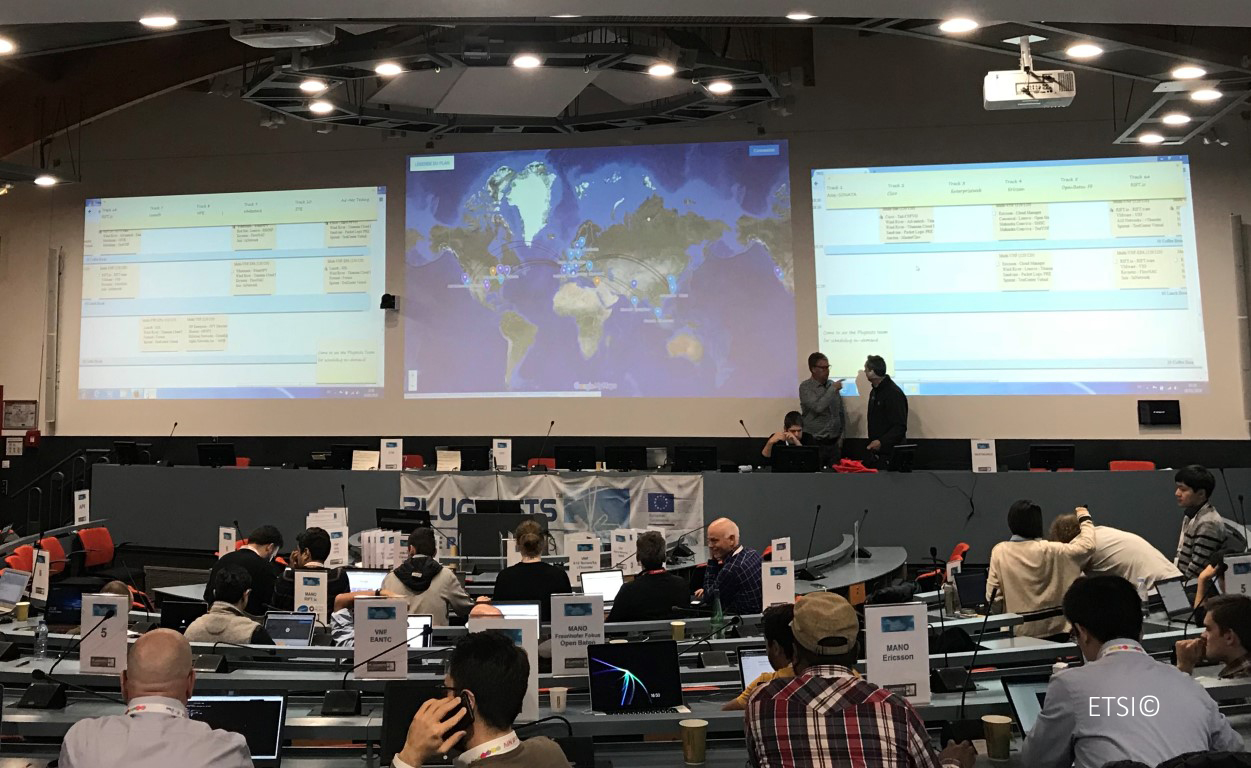 Interoperability was achieved in almost 95% of the tests executed, and there was a significant increase in feature support across implementations compared to the first Plugtests (65% execution rate). Over 200 engineers and 48 organizations were involved in the preparation and running of the event, which was organized by the ETSI Centre for Testing and Interoperability and hosted by ETSI in Sophia Antipolis, France, from 15-19 January 2018.

The primary goal of the NFV Plugtests was to run multi-vendor interoperability test sessions among different functions under test (FUT) from the various participants. Overall, 189 interoperability test sessions were run, each of them on a different system under test featuring a different combination of the 41 participating FUTs. These functions comprised 19 Virtualized Network Functions (VNFs), 10 Management and Orchestration (MANO) solutions, and 12 NFV platforms. The scope and complexity of the test sessions was increased during the week to address aspects such as multi-vendor network services, fault and performance management, enhanced platform awareness, and multi-site deployments. The test plan, which included 50% more test cases than last year, will be fed back to the ETSI NFV Industry Specification Group (ISG) together with the overall results and lessons learnt.

“Working with other stakeholders from the Cloud and NFV sectors is a unique opportunity to anticipate conditions you can find in various production environments,” says Pierre Lynch, chair of the NFV Testing, Experimentation and Open Source working group. “ETSI Plugtests events are the perfect way to help accelerate NFV adoption.”

Key open source communities working in the NFV space, including ETSI OSM, Open Baton, Open Stack and OPNFV, were also actively involved in the Plugtests and participated in the test sessions through their membership with several implementations. The co-located first OSM Hackfest offered an additional opportunity to encourage synergy and alignment across the NFV ecosystem. The second OSM Hackfest will be held in Madrid, Spain, 20-23 March 2018. And the third NFV Plugtests event will be held from 29 May to 8 June 2018 at ETSI, Sophia Antipolis.

The ETSI NFV ISG is conducting a survey to better understand which NFV specifications are most useful to individual organizations. The survey form can be accessed via the survey platform and all members of the NFV community are invited to provide feedback.

About ETSI
ETSI provides members with an open, inclusive and collaborative environment to support the timely development, ratification and testing of globally applicable standards for ICT-enabled systems, applications and services across all sectors of industry and society. We are a not-for-profit organization with more than 800 member organizations worldwide, drawn from 66 countries and five continents. Members comprise a diversified pool of large and small private companies, research entities, academia, government and public organizations. ETSI is one of only three bodies officially recognized by the EU as a European Standards Organization (ESO).