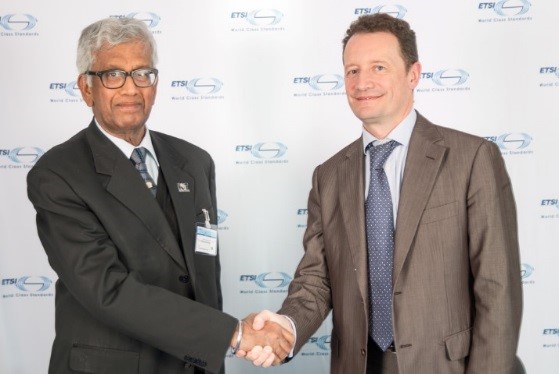 During its 70th General Assembly, which took place from 28 to 29 November, ETSI signed a Memorandum of Understanding with the Broadband India Forum to promote topics such as 5G, M2M and IoT, IPRs as well as privacy and security related matters in India.

The Broadband India Forum activities address training, research, study, promotion and establishment about convergent technologies and projects based on Internet Protocol (IP), Broadband and SatCom-Broadcasting particularly over wire line and wireless. The Forum acts as a bridge between Industry and Government and Regulatory Bodies.

Through the SESEI and the EU-India project on ICT standardization, ETSI is already actively involved in India and their standardization activities. Signing a MoU with Broadband India Forum will allow ETSI to leverage its activity at a government level in India and for the Broadband India Forum to promote the use of standards-based communication technologies in India.