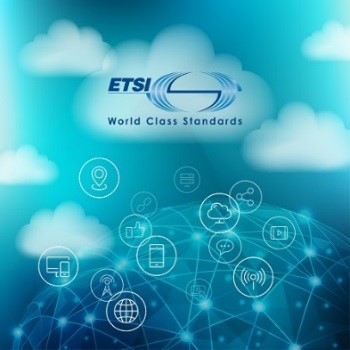 This event is hosted by 5TONIC Laboratory with the technical support of Telefonica and will take place in Leganes, Madrid, Spain. This important event comes hot on the heels of the publication of the ETSI NFV Release 2 specifications and the announcement of ETSI Open Source MANO Release ONE in October 2016.

This first NFV Plugtests event is ambitious. A pre-testing and remote integration phase was already launched in November 2016. 29 remote labs were connected to the ETSI Plugtests network to verify interconnection between the different Virtualized Network Functions (VNFs), Management and Orchestration (MANO) solutions and NFV platforms participating in the Plugtests. During the two-week intense testing phase, interoperability tests will focus on validating ETSI NFV Release 2 end-to-end capabilities including management of descriptors and software images, as well as life cycle management of network services and virtual network functions.

The test plan development has been driven by ETSI’s Center for Testing and Interoperability, building on the methodology defined by the ETSI NFV testing working group. The overall results and lessons learnt will be fed back to ETSI NFV Industry Specification Group.

Over 40 commercial and open source implementations will be tested for interoperability, including 20 virtual network functions, 10 management and orchestration solutions and 10 NFV platforms. Over 140 people have prepared this two week event, forming an engaged and diverse community. Key NFV Open Source projects, ETSI OSM, Open Baton, OPEN-O and OPNFV, will also participate. This first ETSI NFV Plugtests is a unique opportunity to stimulate synergy and alignment across the NFV ecosystem.

About ETSI
ETSI produces globally-applicable standards for Information and Communications Technologies (ICT), including fixed, mobile, radio, aeronautical, broadcast and internet technologies and is officially recognized by the European Union as a European Standards Organization. ETSI is an independent, not-for-profit association whose over 800 member companies and organizations, drawn from 67 countries, determine its work programme and participate directly in its work.