This document defines key scenarios to evolve the current Internet Protocol (IP) suite architecture and addresses the future technologies that will be embedded in next generation networks. The aim is to provide all stakeholders with harmonized requirements that will be suitable for multi-access communication including wireless, wired and cellular communications.

IP protocols have been defined in the 1970’s but a ubiquitous internet requires a different approach today, with new security, addressing and mobility issues to take care of.

“Current and future use cases include 4K videos on various devices, massive IoT, drone control or virtual reality to name but a few: use cases that have nothing to do with those of the 70’s. A modernized network protocols architecture had to be triggered and this is why NGP ISG was created in January this year”, says Andy Sutton, Chairman of NGP ISG.

With this document, ETSI NGP hopes to influence the key communications standards bodies (e.g. 3GPP, ETSI, IEEE, IETF, ITU-T) to shape their protocol evolution for 5G systems and 21st century networking technology so as to address the issues identified and meet the recommendations provided. The document also compares and contrasts existing IP suite protocols with next generation networking and internetworking protocol architecture proposals. 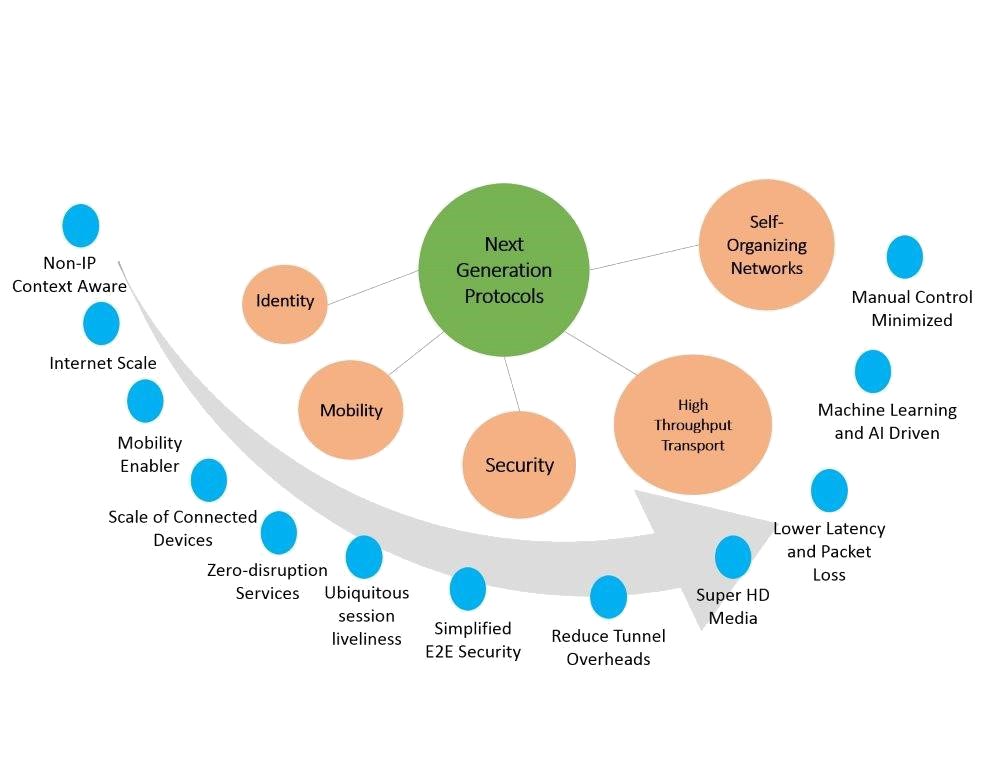