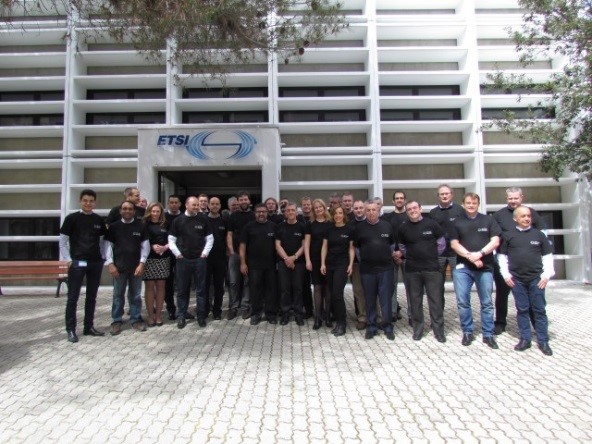 The ETSI Open Source MANO (OSM) group successfully completed its inaugural meeting at ETSI in Sophia Antipolis, France, to lay the technical and community engagement foundations for the group’s 2016 roadmap.

During this collaborative session, the initial OSM architecture was discussed, community leaders  were elected, and the project governance was agreed. Francisco-Javier Ramón Salguero of Telefonica was elected as chairman of the group, Pål Gronsund of Telenor and Andy Reid of BT were both elected as vice chairs.

"We want to move fast to become a reference implementation for the industry. Starting with running code aligned with ETSI NFV work is a key advantage for OSM as it allows us to start from a sound basis and evolve the code based on the feedback from the community, and puts us in a better position to influence other forums based on our practical experience.” states Francisco-Javier Ramón Salguero, chairman of the group.

Within the next two months, ETSI OSM will launch Release 0, integrating and documenting the code base from Telefonica, RIFT.io, Canonical and others. New OSM releases are to be issued every six months, with the group using best-in-class open source workflows and tools to ensure rapid development and delivery.

To accomplish OSM’s objectives of production-ready code, an End User Advisory Group consisting of leading global operators provides essential guidance to overcome the challenges in functional requirements of the code and those arising from the real world integration with existing systems, notably the existing OSS/BSS systems of service providers.

“As many other groups have covered broad deployment use cases like vEPC or vCPE; we will consider much more specific use cases illustrating topics such as resource orchestration, interworking of inventory management, or more specific deployment related scenarios, for instance.” says Andy Reid, ETSI OSM vice chair. “Moreover, the requirements will be suitably described to ensure that they map to the most practical and cost effective solutions possible.”

ETSI OSM has attracted significant interest in the industry, with more organizations joining since its announcement at Mobile World Congress, February 2016. Since its inception, the group has grown to 26 organizations. The full list of OSM members and participants is available via the ETSI Portal.

About ETSI
ETSI produces globally-applicable standards for Information and Communications Technologies (ICT), including fixed, mobile, radio, aeronautical, broadcast and internet technologies and is officially recognized by the European Union as a European Standards Organization. ETSI is an independent, not-for-profit association whose almost 800 member companies and organizations, drawn from 64 countries, determine its work programme and participate directly in its work.