NFV 39: First completion of the stage-3 specs for containerized VNF lifecycle management by NFV-MANO framework and Preparation for NFV Release-6

Over 50 delegates participated to this 39th meeting of ISG NFV which took place under the beautiful blue skies and very refreshing weather in the south of France. Although some of us were still unable to travel due to constraints caused by COVID-19. The face-to-face meetings resumed at the 39th ISG meeting, and I am very happy to be back and able to meet with you face-to-face in the ETSI building. 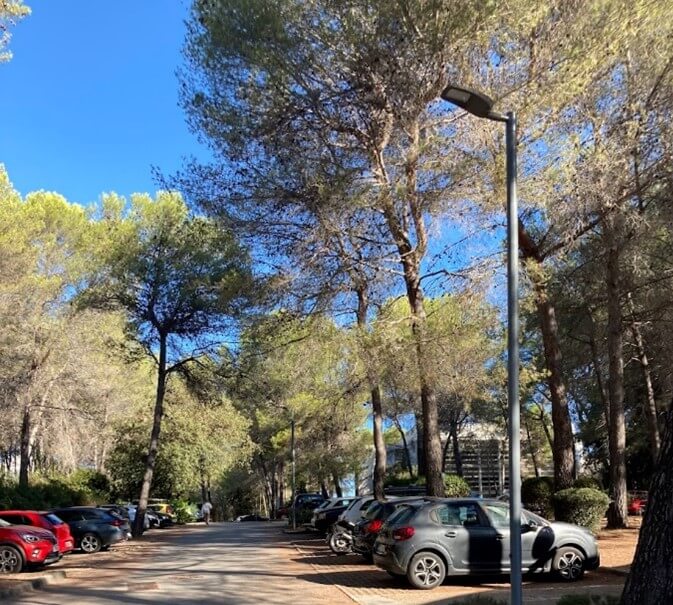 The standardization discussions in each working group during the meeting week were very efficient and steady, taking full advantage of the face-to-face discussions. The number of contributions has increased since the last meeting due to the situation where the confusion by COVID-19 is calming down. Thanks to the standardization delegates for their hard work! Four new Work Items and 22 final drafts were approved and published between the previous meeting and the 39th meeting.

Highlights of this meeting are:

The first Release-4 version of the Stage-3 specification for containerized VNF lifecycle management was completed (V4.3.1 of GS NFV-SOL 001/002/003/005/006/009 and GS NFV-SOL 018). These specifications enable integrated lifecycle management of container-based VNFs, which are becoming increasingly popular in telecommunication, in addition to VM-based VNFs.  SOL018 is profiling for the service interfaces offered by the Container Infrastructure Service Management (CISM), like Kubernetes®, HelmTM, and OCITM Distribution Specification. SOL018 also provides mapping tables of input/output parameters between the data models of NFV and the ones from the profiled solutions. Discussions are also underway to expand containerized VNF support.

To realize strong support of containerized VNF and container workload in the NFV-MANO framework, the interfaces and object model for Container Cluster Management (CCM) and orchestration specification are essential. IFA036, which specifies CISM at Stage-2 has been completed, allowing containerized clusters to be built from NFV-MANO. The CCM topic was originally kicked off at the NFV#27 meeting (Fukuoka, Dec 2019). Since then, lots of companies have contributed to the work.  IFA036 specifies CCM service interfaces, including LCM, PM, FM, security, configuration, and CISM service interfaces that are related to cluster management as well. The next steps in CCM specification are also discussed.

There were two very interesting sessions during the meeting for future ETSI NFV activities: one session was to discuss the proposal for NFV Release-6, and the other was a discussion session on the future of the NFV ISG.

Proposals from three different directions were discussed for NFV-Release-6 after the opening plenary session:

ETSI NFV will continue to discuss the new working items of Release-6 for the 40th meeting. We are looking forward to hearing from you all. As the area of virtualization is further expanded, virtualization infrastructure and software technologies also continue to evolve, we are looking forward to leveraging them and contributing to the transformation of the telecommunication industry.

The ISG, which began with the publication of a white paper on network virtualization by major network operators at the end of 2012, is now approaching its 10th year and is now considering what it should offer as an ISG in the next era. We are approaching the right time to reflect on the past of network virtualisation and what this ISG should be doing for the future evolution of the network. We believe that we were able to have a very meaningful exchange of opinions, including those from the operator and vendor sides. We discussed feedback and pain points from commercial development, cloud-native, autonomous/intent network, and the relationship with open source and standardization from various perspectives. We have not yet concluded on what we should do as the ISG will continue the discussion for the next plenary meeting.

A technical presentation of The Nephio projecthe Nephio project, founded in April 2022 under the Linux Foundation, was given in the opening Plenary. Nephio is based on reusing the K8s API and its resource model for interacting with the container infrastructure and the entities that can be managed on top to realize intent and automation. Nephio extends the K8s capabilities by defining custom resources created from CRDs interpreted by the K8s operator framework developed by the community. The presentation provides a potential mapping of Nephio concepts and architecture to the ETSI NFV framework and its comparison. Many delegates are interested in Nephio so I hope this presentation will lead to good discussions in cooperation with Nephio.

The VNF management gap analysis work has kicked off as IFA051 of NFV Release-5. This work item aims to analyse the gaps in VNF management between ETSI NFV specifications and the related open-source projects, such as but not limited to ONAP, OSM, and OpenStack Tacker so that the output will be delivered to improve the VNFD information model and VNF LCM interface operations. The first input was on ONAP ASD comparison and future studies on major implementation to realize VNF management that is listed above will be performed.

Autonomous network management has received increasing attention in recent years. To concretise some use cases described in GR NFV-IFA 041, report study on cognitive use of operations data for reliability as REL013 has reached stable draft. This report includes how operations data (KPIs, metrics, alarm notifications, logs, etc) can be exploited to ensure the availability and reliability of NFV-MANO and the network services leveraging data analysis and machine learning.

ETSI NFV ISG and SOL Working Group have released a “VNF lifecycle emulator” to facilite a better understanding of NFV-MANO, so that how NFVO and VNFM intercommunicate for VNF lifecycle management. The emulator is up and running on a public ETSI website: http://tools.etsi.org/vnf-lcm-emulator/. Let’s play on the “try-and-learn” playground of LCM of VNF with ETSI NFV SOL-003 specification! If you are interested in this tool, please see “NFV bits: ETSI NFV VNF lifecycle management (LCM) emulator demo” on the ETSI Youtube channel, or refer to a Superuser article on the OpenStack community.

Finally, there was a change of NFV officials in this meeting, six of the NFV officials were newly appointed! Among them, Yoshihiro Nakajima (DOCOMO) was appointed as the new ISG Chair, and Ulrich KLEBER (Huawei) was appointed as the new ISG NFV Technical Manager. A Chair transfer ceremony was held by Bruno Chatras, the former ISG Chair, to Yoshihiro Nakajima using 3GPP-bell style😊 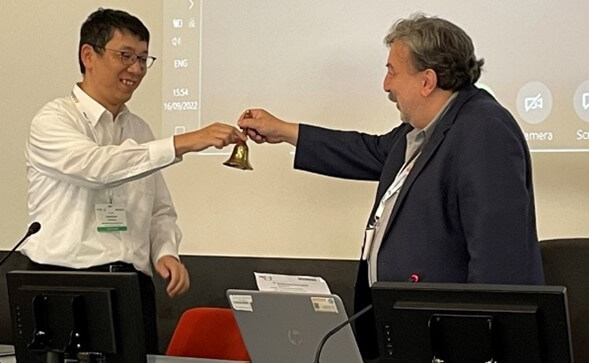 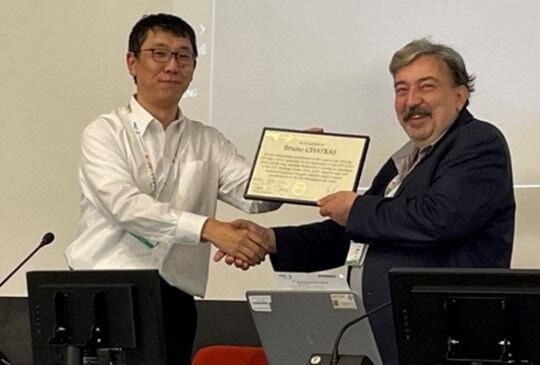 This was the last ISG NFV meeting chaired by Bruno Chatras (2 years of active ISG Chair involvement). The leadership team decided to recognize Bruno’s outstanding contribution to the work of the ETSI ISG NFV since 2013.

This was also the last ISG NFV meeting for Zarrar Yousaf (NEC) after over 8 years of active involvement.

The leadership team decided to thank Zarrar by awarding him a recognition certificate for his outstanding contribution to the work of the ETSI ISG NFV for his dedication to serving as Chairman of WG SOL and for the subject matter expertise he has brought. 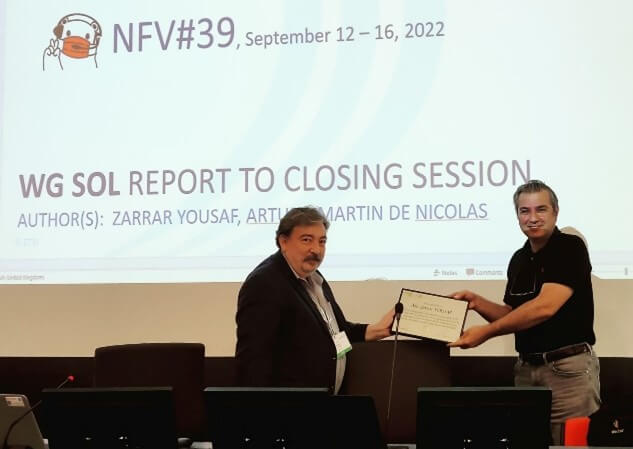 The next 40th meeting will be held in London. We look forward to seeing you in London!