As 5G networks are deployed worldwide, new services appear and new requirements on the packet transport and backhaul networks arise. Current network architectures may still support the initial demand posed by 5G, yet it is fundamental to make packet networks ready to address the requirements of the coming services. Applications such as Massive Machine Type Communications (MMTC), Industrial Internet of Things (IIOT), Ultra-Reliable Low-Latency Communications (URLLC) and distributed Cloud services will push the demand well beyond the present capabilities.

Both IPv6 and SRv6 become the foundational technologies at the core of the next-generation packet networks.

IPv6 has recently received renewed interest as it has been actively adopted in several networks worldwide with the goal of making networks ready for the highly increased address space requested by the new applications. Not only that, national authorities and regulators, as in the case of France, Germany, China and the United States, have issued policies to further incentivize the use of IPv6 and prepare the stage for IPv4 sunsetting. On the standardization side, the Internet Engineering Task Force (IETF) has mandated IPv6 as the basis for further Internet-related protocols evolution.

SRv6 is a much newer technology, developed to enable better control over the steering of IP packets across the network data plane. SRv6 mechanisms are activated over an IPv6 data plane. Through SRv6, applications such as network slicing, increased Quality of Experience (QoE) and resource-based traffic steering can be realized, contributing to fulfill the 5G requirements for better control and usage over the network resources. 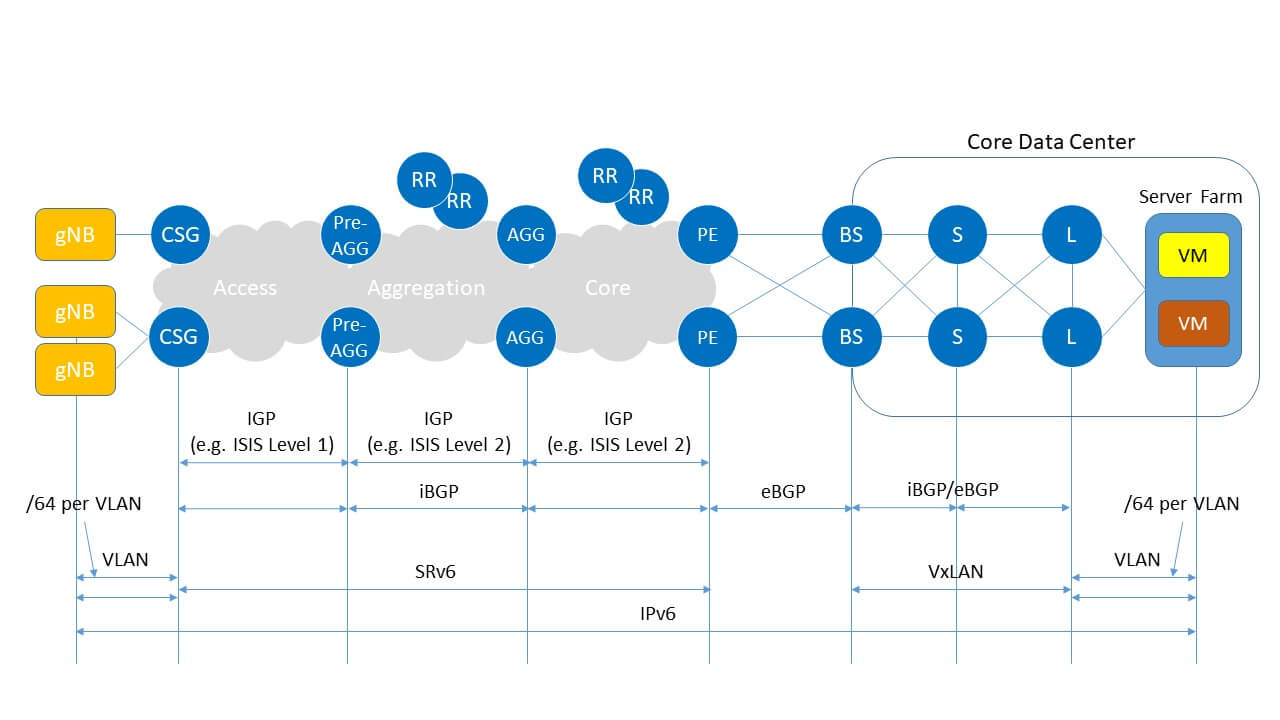 End-to-end view of an IPv6-based 5G network, including RAN and Core DC

The new Group Report details the use of IPv6 and SRv6 to build a future-proof, 5G-ready packet network and how to integrate them in a framework where Software Defined Networking (SDN), advanced Operation, Administration and Management (OAM) and precise synchronization are also employed.

To this extent, the new ETSI IPE GR intends to be a Best Practice Guide that service providers and mobile carriers can follow for implementing their 5G network, coping with the current requirements and open to the future demand.

News from IPE#04 Plenary and Workshop

ETSI ISG IPE: Off to a good start