The Way to Operational NFV 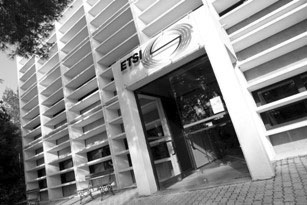 The ETSI NFV Industry Specification Group (ISG) met for its eighteenth plenary meeting (NFV#18) at ETSI Headquarters in Sophia-Antipolis, France. Springtime on the breezy and sunny Cote d’Azur was the ideal setting to replenish the batteries of the hard working ETSI NFV ISG delegates during a very busy week!

The meeting was perfectly timed for great achievements. Among them, NFV#18 will be remembered as the meeting where delegates “got down and dirty” (aka lots of work!) with Release 2, as well as the meeting that defined the way forward for
Release 3.

Describing all the great work performed by the working groups and ISG delegates worldwide would be a difficult task in this post, and it would probably not be able to reflect anyway the very good interactions and discussions that happened all around the meeting venue. But let us highlight a few relevant points.

The “NFV baby” that was born in ETSI more than four years ago has finally grown up. What was seen at that time as something with potential is now a reality at many different levels, from specification, through implementation and now commercialization. Thus the timing was right to open a discussion amongst NFV ISG participants on where they and their companies see NFV in the future, and consequently, what is the role of the NFV ISG in achieving it. And yes, this was again an “evening session” (we like working until late in the night during the plenary meetings).

Using as a baseline some strawman proposals from the ISG leadership, the floor was opened to all participants to share their ideas. It was heartening to see how passionate the participating companies and delegates are for NFV to succeed and to ensure that the ISG continues to deliver high value for the industry, via NFV ISG leadership in ICT standardization with a competitive edge in making standards for the digital economy. Lots of feedback was collected, including concrete ideas on the next steps to refine the NFV ISG vision and scope. Additional feedback will be collected in the coming months with a target to converge on a good proposal to be discussed and endorsed during the next plenary meeting in Denver in September (NFV#19).

Intensive ISG work over the past few months has been fruitful. This time, with the approval of two important deliverables (TST004 and TST008) produced by the TST working group, joining the two deliverables (EVE001 and NFV001) approved remotely since the last NFV#17 plenary in Bilbao in February:

In parallel, the TST working group is progressing work on the guidelines for interoperability testing based on Release 2 documentation, and the IFA working group is handling the required maintenance work on documents published late in 2016.

As mentioned earlier, the plan for Release 3 work was presented at this meeting, and more precisely, the next steps for finalizing the set of features that require further normative work. The working groups have been working hard in the last year progressing a number of informative reports. These reports analyze features that complement the framework offered by Release 2 documentation. Many of these features are seen (with feedback from the NFV ISG Network Operator Council) as critical for NFV to become a reality at the operational level. Some features are already being specified at the time of writing this post, but around September timeframe the feature set for additional normative work will be determined.

As part of Release 2, the NFV ISG is about to publish the first set of implementable specifications. This set includes the APIs between different elements in the NFV-MANO stack, the formats for packaging virtualised network functions, and the descriptors for the VNF and Network Services. This will provide the piece that was missing to enable an effective market where VNFs are packaged in a way that is independent of the vendor supplying the VNF or the service provider consuming it, and are interoperable with independently developed management and orchestration systems.

Moreover, discussions with ETSI CTI (Centre for Testing and Interoperability) are on-going to make the OpenAPI 2.0 representation of these APIs available on-line to the public, enabling access from the developers’ communities. This will start the ‘trial by fire’ for the soon to be released MANO REST APIs, by making them accessible and easy to use, allowing developers to generate their own templates based on the desired functionality set from these APIs.

The ETSI NFV Specialist Task Force (STF) on “OpenStack gap identification” (related to the published NFV-IFA005 and NFV-IFA006 specifications) started its activity in March 2017. At NFV#18, the STF Leader, Giacomo Bernini (NextWorks), presented the current status and results of the STF analysis. The STF still has three months to complete the charted work, but it was very good to see the great progress being made by the STF. For example, the first milestone of completing the gap identification review for virtualized compute resource interfaces has already been reached.

Considering how important this activity is, the NFV ISG endorsed opening the ongoing STF gap identification work to external participation by making the STF Wiki publicly accessible. Access to the Wiki is available here. Opening the work to the industry at large, including the OpenStack community, will enable OpenStack developers who are curious and eager to fulfill the NFV promise to know better about ETSI NFV requirements, architecture and interfaces, and how they relate to the evolution of OpenStack. From this point, they will be extremely welcome to provide their feedback, and bring their contributions to bridge the gap(s).

It will be a busy summer for all working groups after the NFV#18 Sophia-Antipolis meeting. Several APIs and data model specifications will be approved to support interoperable implementations based on the ETSI NFV architecture. With the concrete plan for setting the features to be specified in Release 3, the working groups have been encouraged to stabilize their reports with the objective to have a well understood and clear feature set for Release 3. In addition, the NFV ISG vision and scope will be further elaborated and the OpenStack STF will complete its task. So, it looks like the next ETSI NFV plenary will be another hectic one.

The next ETSI NFV plenary will be NFV#19 hosted by CableLabs in Denver, CO, USA, September 11-15, 2017. Thanks to CableLabs for stepping forward. We are all looking forward to another successful meeting and enjoying the beautiful Colorado mountain air.

More posts from author
Monday, 29 May 2017 The Way to Operational NFV