A productive meeting closing a prolific year, the 24th NFV ISG meeting had a fortunate setting in a mildly weathered first week of December on French Riviera.

The NFV#24 meeting was marked by some internal community metamorphosis, such as the approval of the restructuring of the ISG and the election of a new Network Operators Council (NOC) Chair.

Don Clarke (CableLabs), our NFV NOC Chair over the last years, is one of the biggest industry advocates for ETSI NFV work and its network transformation potential to support the service providers. He kept us connected to the operators’ perspective and the practical deployment aspects, and for all this I’ve got good indication that I’m not alone in feeling thankful for all Don’s hard work.

We welcomed Marcus Brunner (Swisscom), the new NOC Chair, as we dived right away into the latest NOC priorities while Marcus walked us through them on behalf of the NOC. The operators consolidated view on current deployment pain points, encouraged the NFV community to preserve focus on multi-vendor orchestration systems, simplifying procedures and APIs, as well as completing specifications to support essential network operations such as VNF migration, updates and upgrades, multi-site connectivity.

One of the week’s highlights was the pre-planned co-location with a rising star, ETSI ISG ZSM (Industry Specification Group Zero touch network and Service Management). The evening joint workshop was moderated by the two ISG Chairs and their respective lady Vice-Chairs. In the very well-attended workshop, the young ISG ZSM introduced the ZSM current architecture as defined in the ZSM 002 specification, and afterwards both ISG representatives presented the results of an early joint analysis on identifying the relationship in between ZSM and NFV, and the next steps in their collaboration. 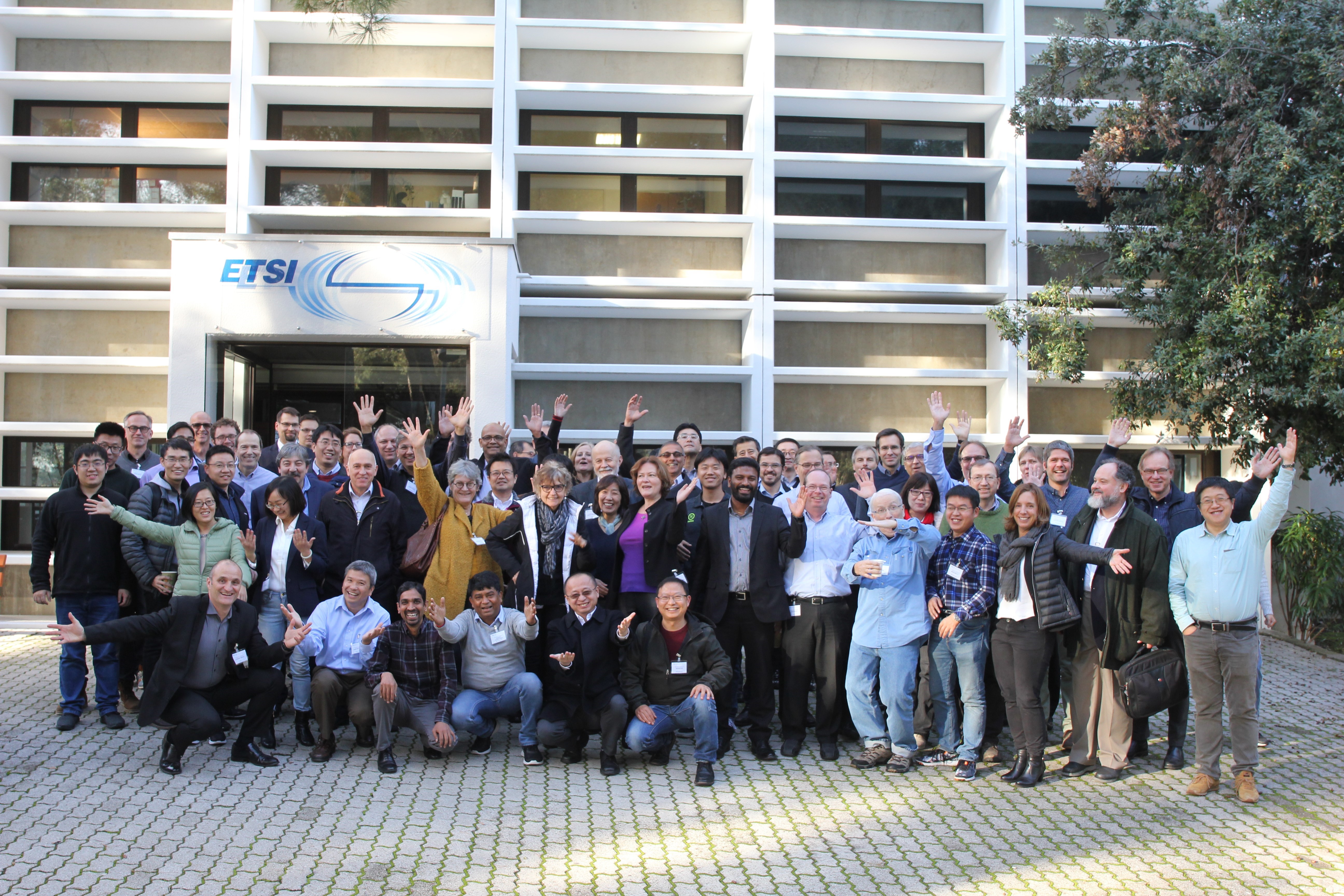 The NFV#24 week rewarded us with good progress in exchange for the long working days we have spent together drafting, reviewing and revising contributions, out of reach from the warming sun of the French Riviera.

In addition, during the NFV#24 Plenary week, the Security (SEC) WG successfully completed the final draft of the DGR/NFV-SEC005 report on “Certificate management”. The final draft is currently under approval in the ISG and it is expected to be published in January 2019.

Release-3 is rising as a power-house, including many features that are each implemented in a coordinated manner in several of the IFA WG stage 2 normative specifications:

The latest developments and progress on the Release-3 features and the specification roadmap are available and can be followed on ETSI NFV’s feature tracking public wiki page.

Following completion of stage 2 and stage 3 work, the ISG NFV has an increased focus on what we could call stage 4: testing. After successfully running the last 3 ETSI NFV Plugtests events, ETSI CTI together with ETSI NFV TST WG have made further preparations for the next ETSI NFV Plugtests event. Targeting individual NFV SOL REST API validation testing of the published GS/NFV-SOL002, SOL003, SOL005 specifications, the next test event (that will be a remote one, the first of this nature, given the APIs to be exercised) is planned for Feb-Mar 2019 timeframe. Registration is now open: https://www.etsi.org/nfvApiPlugtests, while the general ETSI NFV Plugtests information is available at: www.etsi.org/nfvPlugtestsProgramme.

As I was driving away from ETSI on the last day of the meeting, thoughts were gliding through my mind about how much the ISG has achieved in 2018. Reflecting on the number of specifications published and approved during 2018, spanning over two ongoing NFV releases (Release-2 and Release-3), the productivity of the ISG struck me. As of today, there are 60 specification drafts in development in the ISG NFV Work Programme!

With a sense of fulfillment and a lingering exhaustion, I have left Sophia Antipolis looking forward to the rest of the year feeling the anticipation of the upcoming winter holidays. There’s a time to work and there’s a time to play - so to all NFV fans, I am taking this opportunity to wish you on behalf of the entire ETSI NFV leadership team: Happy Holidays and a merry winter season! See you all with renewed energy in the new year. Until next time!