NFV#21: Even the snow couldn’t stop the ramp up of Release 3 work or the improvement in Release 2 specifications

The NFV community met for the 21st time (NFV#21) from February 26 to March 2, in a familiar setting: 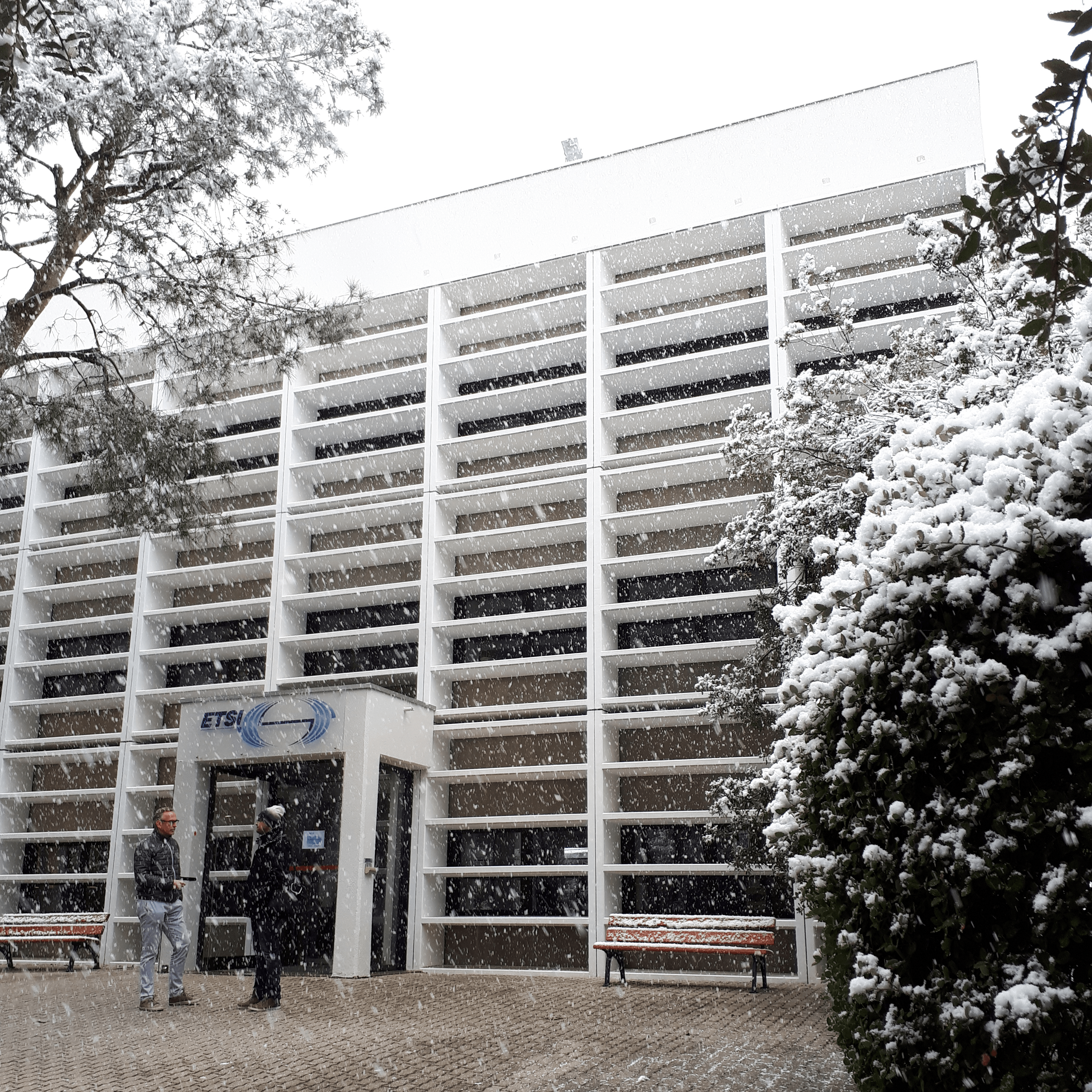 The flawless organization, the friendly faces greeting us, the countless wonderful coffee machines, everything was normal. What was less familiar: it snowed. On the Cote d’Azur. Twice(!). For a total of approximately 15cm. This is very rare in this region. Apparently, the last time it snowed was during NFV#1, back in January 2013. While we are solving the challenges for NFV, the weather is telling us we can easily deal with another one!

Despite the predictable flight delays resulting from the frigid European weather, the event was well attended by over 80 members of the core team. And it was a busy, productive week.

Work on Release 3 is well under way. There are currently 17 new features being actively developed, along with 15 active work items related to Release 3. In addition, multiple Release 2 deliverables (13 as of now) are being currently propagated to Release 3 (with their corresponding work items). At NFV#21, a third maintenance cycle for Release 2 work items was also approved, so the maintenance work will continue for the first half of 2018. That’s a lot of balls up in the air at the same time, and it’s a remarkable achievement that this highly focused group can pull this off.

The results of the 2nd ETSI NFV Plugtests were center stage at this meeting: the findings were presented to the plenary and discussed within the TST working group who will incorporate the feedback into their documents going forward. Clearly the industry is progressing with more energy compared with just one year ago. The Plugtests results will be summarized in a separate blog post and presented at upcoming conferences.

Here are a few highlights which demonstrate the excellent progress being made:

Nearer to my heart, the TST working group had fun this week too. We kicked off an important work item - TST010, the MANO API Conformance Test Suite specification. With the valuable help of ETSI CTI (Center for Testing and Interoperability), we were able to agree on a plan to move this key document forward. We also made significant progress on the NFVI networking benchmarking specification (GS NFV-TST 009). This is an area that will surely be watched closely by the industry as a whole. Lastly, we re-opened TST007 (MANO Interoperability Test Plan) to enable maintenance based on implementation feedback including from the ETSI Plugtests, and to enhance it with more features.

During the NFV#21 plenary week we heard news that Michael Brenner, one of the key contributors since the inception of ETSI NFV, would be moving on from his current role. We wish Michael all the best in his new endeavors, and hope he joins us again in another guise.

What’s next? Well, a lot. As mentioned in previous blog posts, there are multiple Release 3 work items targeted for completion by the summer. Maintenance on existing specifications will keep everybody busy as well because incorporating industry feedback is critically important. By the end of this month (March 2018), the OpenAPI descriptions will be officially released to complement the recently published MANO API specifications.

There are also future events being planned, including a workshop to focus on acceleration technologies and specifications, as well as the 3rd ETSI NFV Plugtests event. I am particularly excited that this event will be co-located with the next OPNFV Plugfest, demonstrating that we are addressing the industry desire that open source and standards communities work together to drive NFV implementation and interoperability. See http://www.etsi.org/nfvplugtests3

More posts from author
Tuesday, 13 March 2018 NFV#21: Even the snow couldn’t stop the ramp up of Release 3 work or the improvement in Release 2 specifications