NFV#28 full of surprises in Japan

ETSI ISG NFV was warmly welcomed back to Japan for NFV#28! Five years have passed since the group was in Okinawa in May 2014 for NFV#6.

This time, the ETSI NFV Industry Specification Group (ISG) met from 2 to 6 December 2019 at Across Fukuoka in Fukuoka, Japan. Fukuoka is located on the north of Kyushu, the southernmost of the four major Japanese islands. Fukuoka is well known for its local food, especially, the Hakata-Ramen, which are extremely tasteful and popular. In addition, it was the perfect season to see autumn leaves in Japan.

In the opening plenary, Diego Lopez the ISG chair, shared his current perspectives on NFV standardization and the industry’s landscape using a Japanese cartoon. I feel the technology trends around the network industry are getting shorter whilst the scope continues to broaden in response to the demands of network technology evolution, the expansion of open source, and new use cases. I think our ETSI NFV community is adjusting towards the right way forward from a standards point of view and cooperating with other SDOs remains important. Release 4 is going at full speed, and as an example, the discussion around container technology and its adaptation for NFV use cases is gaining much more momentum, with an increasing number of work items and related contributions.

After the opening plenary, NEC hosted a social event for ETSI NFV delegates. Hiroyuki Oto (NTT DOCOMO), a former leader of NFV development at NTT DOCOMO, who was also present at NFV#6, provided an overview of DOCOMO’s NFV deployment and standardization. Some readers may also remember the famous statement of “NFV technology was the pie in the sky” at NFV#6. In Fukuoka he declared that 40% of the core network in NTT DOCOMO has been virtualized covering a wide 80% with regards to the types of core network functions. He also mentioned the importance of the standardization efforts done by ETSI NFV to support and foster interoperable multi-vendor NFV deployments.

Then Diego Lopez surprised us all: Joan Triay (NTT DOCOMO), our ISG Technical Manager, chair of the Technical Steering Committee (TSC), received an NFV Award in recognition of his extraordinary and brilliant contribution to the ETSI NFV ISG, his strong leadership and meticulous guidance of the work programme. I am very proud of him for his efforts towards NFV standardization and tight collaboration set in between development and standardization. 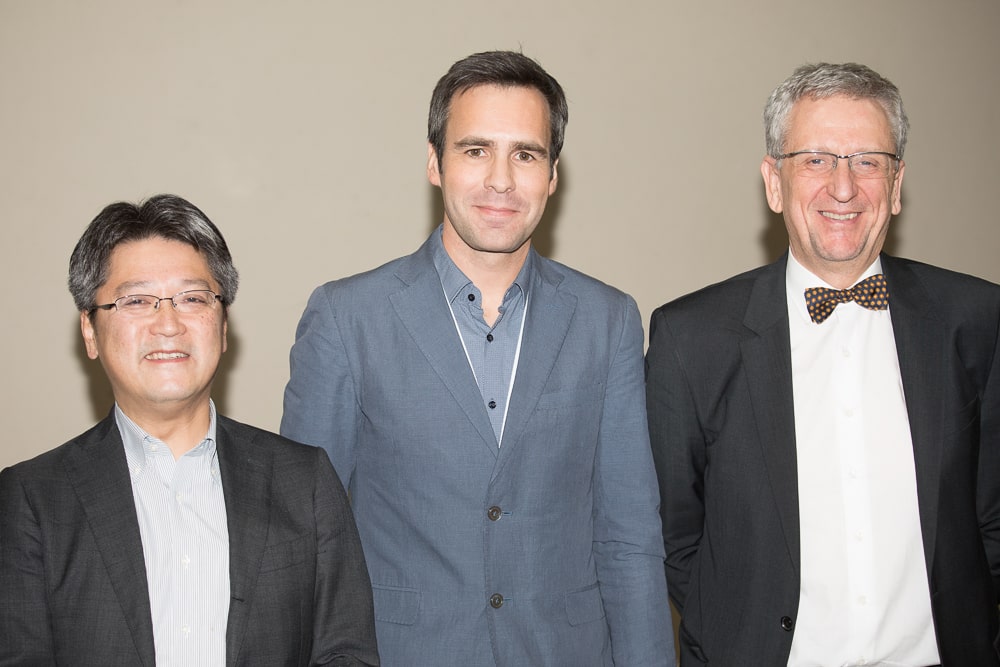 The long and intense days of NFV#28 were a catalyst to accelerate great progress by drafting, reviewing and revising the many contributions submitted by the NFV community. A very fruitful week.

Here are a few highlights to demonstrate the excellent progress made:

In Fukuoka, the ISG plenary also approved a big set of final drafts, which will be soon published:

The next ETSI NFV plenary will be NFV#29 (February 17th to 21st) hosted by ETSI in Sophia-Antipolis, France. We are all looking forward to having yet another successful meeting in Provence & Cote d’Azur in February, hopefully with good opportunities for our NFV delegation to enjoy some nice weather.

As the holidays are coming, I and the rest of the NFV Leadership team would like to “wish you all a Very Merry Christmas, Happy Holidays and Happy New Year”.

Just before NFV#28, I organized an NFV workshop: “Cloud-Native Telecom Operator meetup 2019” in Tokyo. The meetup committee invited NFV delegates and Japanese major operators who are working on NFV and future telecom infrastructures for presentations and panel discussions on their view on Cloud-Native, NFV evolution, and standardization.  We saw that the momentum of NFV in Japan is getting bigger as our auditorium was full of Japanese operators and engineers. We had some great discussions and exchanges with NFV delegates.