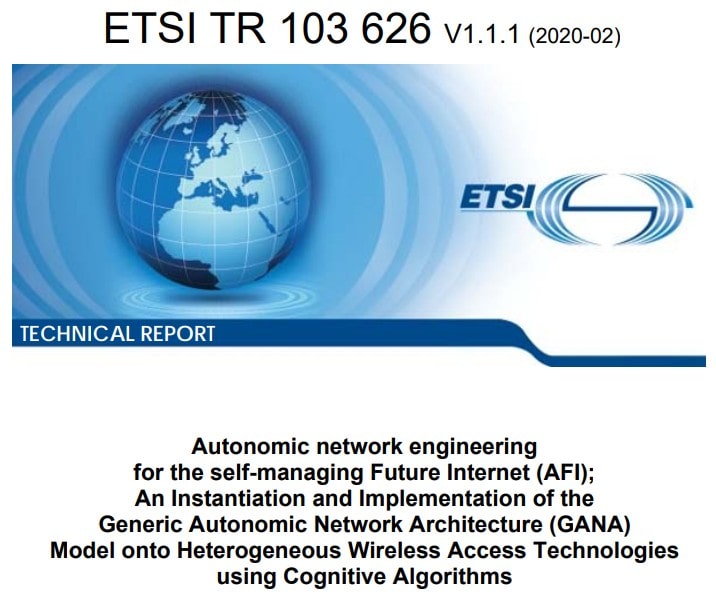 The mapping pertains to architectural components for autonomic decision-making and associated control-loops in wireless network architectures and their associated management and control architectures.

The objective is to:

The mapping of the components to the GANA model concepts serves to illustrate how to implement the key abstraction levels for autonomics (self-management functionality) in the GANA model for the targeted wireless networks context, taking into consideration the work done in ETSI TR 103 495 and where GANA Cognitive algorithms for autonomics (such as Machine Learning and other AI algorithms) can be applied.