Among the many highlights at NFV#20, there was one shadow; NFV#20 was the meeting in which, unfortunately, we said goodbye to Yun Chao Hu (EVE WG Chair, Huawei), a long-standing NFV contributor from the inception of NFV. Yun Chao has worked exceptionally hard to help our work. An award for Yun Chao’s outstanding work and support to the NFV ISG was delivered by our ISG Chair, Diego Lopez (Telefonica). We wish to Yun Chao “all the best in your future professional tasks, and hope to see you again in other places”. 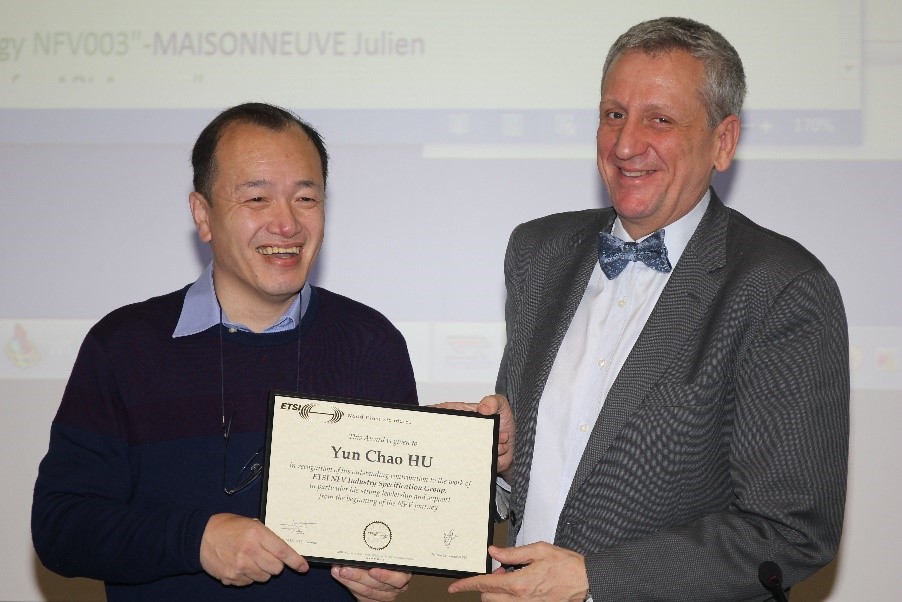