ETSI, with the support of the European Commission (EC), the European Free Trade Association (EFTA), the Critical Communications Association (TCCA), the Union Internationale des Chemins de fer (UIC) and 5G-EPICENTRE, organized the seventh MCX PLUGTESTSTM. This Plugtests took place from the 7th to 11th of November 2022 and was hosted by the University of Malaga, Spain.

The goal of this MCX Plugtests event was to validate the interoperability of a variety of implementations using different scenarios based on 3GPP Mission Critical Services in Release-17. The MCX Plugtests event will also test FRMCS capabilities like Functional Aliases, Multi-talker, User and Group Regrouping, MCData IP Connectivity and complex emergency call handling. The MCX Plugtests event was, besides mission critical features which have been tested in past events over 4G network, extended to initially test Mission Critical Services over 5G test network. Specific focus was put to inter-system communications including IWF and inter-MCX scenarios. The tests are based on 3GPP, ETSI and IETF standards and are designed for:

This event featured tests with 4G and 5G radio equipment (gNBs, eNBs, 5GCs, EPCs, UEs) with Unicast and Multicast support and did also allow Over-The-Top (OTT) testing of Mission Critical Servers and Clients as well as included tests of railways-oriented capabilities. Test Equipment vendors had the possibility to test as well in the Plugtests.

What were the advantages of attending the 7th MCX Plugtests event?

New Vendors and Observers had to sign the Rules of Engagement and NDA of the MCX Plugtests Programme to participate.

Observers were welcome to help define the scope (i.e. functionality to be tested) for this event and to evaluate the tests statistics in the TRT (Test Reporting Tool).

The observer programme included demos from the interested vendors, which showed interoperability of their equipment by showcasing the MCX Plugtests test cases and observer scenario use cases.

This event will be hosted by University of Malaga, Spain. Vendors participating in over-the-top testing and Observers will be allowed onsite. ETSI and the University of Malaga are monitoring the health situation. It is recommended that you organize flexible travels.

The deadline to register was 11 September 2022.

The deadline to return the signed NDAs to ETSI was 16 September 2022.

Join our open information call and hear more about the 7th MCX PLUGTESTS! No need to have registered for the event to attend this call.

Please join our meeting from your computer, tablet or smartphone.
https://meet.goto.com/Plugtests/7th-mcx-plugtests-open-call

Get the app now and be ready when your first meeting starts: https://meet.goto.com/install 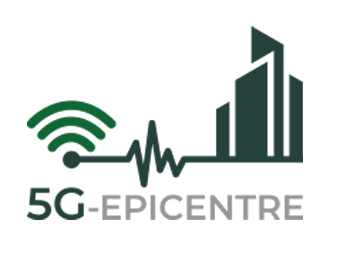