ETSI and the NGP ISG are pleased to invite you to the ETSI New Internet Forum taking place on 12 October 2018 in the Hague (NL) in co-location with SDN NFV World Congress.

The purpose of the ETSI NGP ISG (Industry Specification Group on Next Generation Protocols) is to review the future landscape of Internet Protocols, and network architectures, analyze their applicability to future use cases, identify and document future requirements and trigger coordinated follow up activities. The driving vision is a much more efficient system that is far more responsive to its users.

The ETSI New Internet Forum is intended to provide an open platform for users and operators to explore technical issues with the current network technologies and the capabilities of new protocols, while constructing a more powerful and intelligent network that can support more future application scenarios.

How you may benefit

The event will be of particular interest to technologists, engineers, researchers in digital society who can provide inputs to new IP.

The event audience from communications field such as below will particularly find it interesting:

09:35 When is the best time to start talking about "N+1"G - A view on the driving forces
Prof. Ning Wang, University of Surrey

13:30 Managing the security of IoT devices out of your control
Jérome François, INRIA

14:30 PANEL DISCUSSION: The New Internet: How do we get there? Rising to the challenge of supporting emerging applications
Moderated by Prof Nin Wang, University of Surrey

Marinos Charalambides, University College London
Dr Marinos Charalambides is a senior researcher at the Department of Electronic and Electrical Engineering, University College London. He received a BEng (First Class Hons.) in Electronic and Electrical Engineering, an MSc (Distinction) in Communications Networks and Software, and a PhD in Policy-based Network Management, all from the University of Surrey, in 2001, 2002 and 2009, respectively. He has been working in a number of European and UK national projects since 2005 and his current research interests include network programmability, content distribution, network monitoring, and dynamic resource management. He has been the technical program chair of several conferences and in 2016 he received the Young Professional Award for “outstanding research contributions and leadership in the field of network and service management”. He is currently an Associate Editor of IEEE TNSM.

Karoly Farkas, NETvisor
Prof. Dr. Karoly Farkas did his habilitation in 2017 at BME Budapest, Hungary, received his Ph.D. degree in Computer Science in 2007 from ETH Zurich, Switzerland, and his M.Sc. degree in Computer Science in 1998 from BME. Currently he is working in parallel as an associate professor at BME, and as the head of R&D at NETvisor Ltd. in Budapest. His research interest covers the field of communication networks. He has published more than 90 scientific papers and has given a plenty of regular and invited talks. He acted as program committee member and organizer of numerous scientific conferences and workshops. He is the coordinator of the local Cisco Networking Academy and was the founding initiator of the Cisco IPv6 Training Laboratory and the BME NetSkills Challenge student competition at BME. Between 2012 - 2015 Dr. Farkas has been awarded the Bolyai Janos Research Fellowship of the Hungarian Academy of Sciences.

John Grant, ETSI ISG NGP Chairman
John Grant chairs the ETSI Industry Strategy Group on Next Generation Protocols. He has been designing digital networks since 1981 when he created local area networking technology which was used in both industrial and commercial environments. Since then he has created products for carrying video and audio over digital networks, including network switching equipment; this has given him an insight into the requirements of audio and other live media, which are very different from those for data traffic. More recently he has been researching how packet networking can meet these requirements as well as avoiding the various problems that have been identified with Internet Protocol. He is a Fellow of the Audio Engineering Society and chairs their standards subcommittee SC-02 on digital audio. He is also editor of several international standards documents including ISO TR 29181-3 (Future Network switching and routing).

Eduard Grasa, Fundació i2CAT
Eduard Grasa graduated in Telecommunication Engineering at the TechnicalUniversity of Catalonia (UPC, July 2004) and got his Ph.D. (UPC, February 2009). In 2003 he joined the Optical Communications Group (GCO), where he did his thesis on software architectures for the management of virtual networks in collaboration with i2CAT, which he joined in 2008. He has participated in several national and international research projects, dealing with network virtualization, management and orchestration. His current interests are focused on the Recursive Internetwork Architecture (RINA), a fundamental new internetwork architecture that radically simplifies networking.
He has been the technical lead of the FP7 IRATI project, where a RINA Prototype for Linux over Ethernet was developed; and also the technical lead of the FP7 PRISTINE project, investigating the programmability and distributed management aspects of RINA.
He is currently the technical lead of the H2020 ARCFIRE project, experimenting with RINA prototypes at scale using FIRE+ testbeds.

Jérome François, INRIA
Jérome François is a research scientist at Inria. He received his Ph.D. on robustness and identification of communicating applications from the University of Lorraine, France, in December 2009.
He is now  the deputy leader of the RESIST research group. Relying on data analytics and the convergence between network and system, this group aims to make elastic and resilient networked systems thanks to powerful intelligent methods to analyze and orchestrate resources to enhance security and scalability.
He is also research fellow at the Interdisciplinary Center for Security Reliability and Trust, SnT, at the University of Luxembourg and  the leader of a joint team
between Inria and SnT on network softwarization.
His research area is the network management and cyber-security. He designed methods for monitoring and analyzing large scale networks in various scenarios, in particular traffic flow analysis, botnet detection, semantic phishing prevention techniques, large scale security analytics, encrypted traffic analysis, IoT security and SDN-based security.

Renwei Li, ETSI ISG NGP Vice Chair
Dr. Renwei Li (Richard Li) serves as Vice Chair of ETSI ISG NGP for Next-Generation Protocols. He works as Chief Scientist and VP of Future Networks at Huawei USA, where he leads a senior research team to design and develop next-generation network architectures, technologies, protocols, and solutions.  Before establishing the Future Networks Lab, Richard was Vice-President and Head of the Internet Technology Lab, Huawei USA, where he spearheaded network technology innovation and development encompassing several areas of networking such as Routing and MPLS, Cloud and Virtualization, SDN, and Orchestration. Prior to joining Huawei, he worked with Cisco and Ericsson in his various capacities. Richard also serves as Chairman of ITU FG on Network 2030 and co-chairs of some industrial or academic conferences and workshops. He also actively engages himself with the IARIA to bridge the academia and industry and mentor new engineers. Richard is extremely passionate about advances in communications and challenges himself by solving problems in their entirety thus creating a bigger and long-term impact on future networks.

Ning Wang, University of Surrey
Prof. Ning Wang received his PhD degree in Electronic Engineering from University of Surrey, and he is currently with the 5G Innovation Centre (5GIC) hosted at Surrey. He has been the principle investigator of EU and UK national research projects in the areas of future networks, 5G, content delivery, network management and smart-grid communications. Since 2013 Prof. Wang has been leading a team at 5GIC on the development of 5G network edge intelligence and core network development.  Till now Prof. Wang has published over 130 research papers and his research outputs have twice featured IEEE ComSoc Technology News. Prof. Wang’s research interests generally include future network design including 5G, content/information centric networking, SDN/NFV, Quality of Services/Experiences and Internet-of-Things applications. 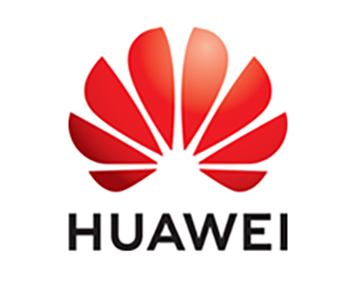