ETSI, with the support of the ETSI TC MSG (Mobile Standards Group) and EENA (The European Emergency Number Association), is organizing the 2nd Next Generation eCall Plugtests event, which will take place from 14th to 16th of November 2022 in Kranj, Slovenia. This event will be hosted by Sintesio with Telekom Slovenia and Administration for Civil Protection and Disaster Relief of Republic of Slovenia as Technical Partners.

This event will have a specific focus on the interoperability of Next Generation eCall (NG eCall) systems or eCall over Long Term Evolution (LTE), based on the interoperability test descriptions defined in the upcoming version 2.1.1 of  ETSI TS 103 683, available soon. The event will be hosted in a real telco operator 4G/IMS network, fully supporting the NG eCall scenarios -including Fallback to CS eCall scenario. Optionally, infrastructure for the TPS rerouting scenario(s) may be available.

Interoperability and NG eCall service harmonization are critical challenges to be taken into account for the successful deployment and operation of the NG eCall service.

If possible, compliance and performance checking sessions will be scheduled to complement the interoperability tests.

This activity is supported by the European Commission and the EFTA Secretariat.

All participants are expected to register individually to this event. The first person from an organization to register for the event will be de facto the official contact for technical and administrative matters.

The registration deadline is 24th of October 2022.

By registering for the 2nd NG eCall Plugtests event, participating organisations will be asked to sign the Rules of Engagement (RoE) and Non-Disclosure Agreement (NDA) which they will receive upon registration for signature. These RoE and NDA will cover this remote Plugtests event.

Upon signature of the RoE and NDA sent to the official contact, the participants will receive their credentials for the 2nd NG eCall Plugtests WIKI and will be subscribed to the event’s mailing list.

Participants will not be allowed to participate in the event if the RoE and NDA of the event have not been signed by a representative of their company. The deadline to return the signed RoE and NDAs to ETSI is 31st of October 2022.

All vendors must actively participate in the testing. ‘Observing' vendors are not allowed.

Observers are allowed if they belong to Government organisations, operators, users, agencies or regulators.

Vendors and Observers must sign the RoE and NDA.

An online Programme will take place for registered Observers during the week after the Plugtests (the date is yet to be confirmed at this stage).

In 2012, ERTICO and ETSI joined forces to organize a series of TESTFEST events for testing and assessing the interoperability of the eCall chain implementations, namely IVS (In-vehicle systems) and PSAPs (Public Safety Answering Points). The events aimed as well at evaluating the suitability of the relevant standards from CEN and ETSI and sending feedback to the relevant working groups from both standardisation organisations to raise the issues and propose changes to the standards.

Following the first eCall TESTFEST event in 2012, in Nuneaton, UK, five events were organised. In 2013 it took place in Essen, Germany, in 2014 in Vigo, Spain, in 2015 in Ostrava, Czech Republic, in 2016 in Harwell, UK and in 2017 in Kranj, Slovenia. After the 2017 event, a survey involving the TESTFEST participants showed a strong interest to focus the 7th event on Next Generation eCall and thus led to the creation of Interoperability Test Specifications, to be used as guidance for the next event.

In 2020, ETSI, with the support of the European Commission, ETSI TC MSG, the sAFE 112 project and EENA, organized the Next Generation eCall Plugtests 2020 event, which took place from 2nd to 6th of November 2020. This event was hosted remotely by SINTESIO in cooperation with Iskratel as technical partner. The Remote NG eCall PLUGTESTS 2020 event had a specific focus on Next Generation eCall (NG eCall) or eCall over Long Term Evolution (LTE). 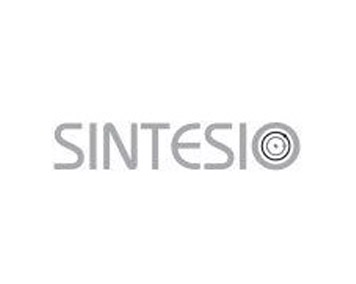