Key achievements of the ZSM Interim#1 meeting: driving ZSM towards a truly service-based architecture and demonstrating the first ZSM PoC

The ZSM interim#1 meeting was hosted by Ericsson on 9-12 July, 2018 at their headquarters in Kista, Sweden, in a meeting room which was named after Hilda, the wife of Ericsson’s founder. The meeting was a good opportunity for the ZSM team to discuss additional scenarios, advance the ZSM architecture work and demonstrate the first ZSM PoC. 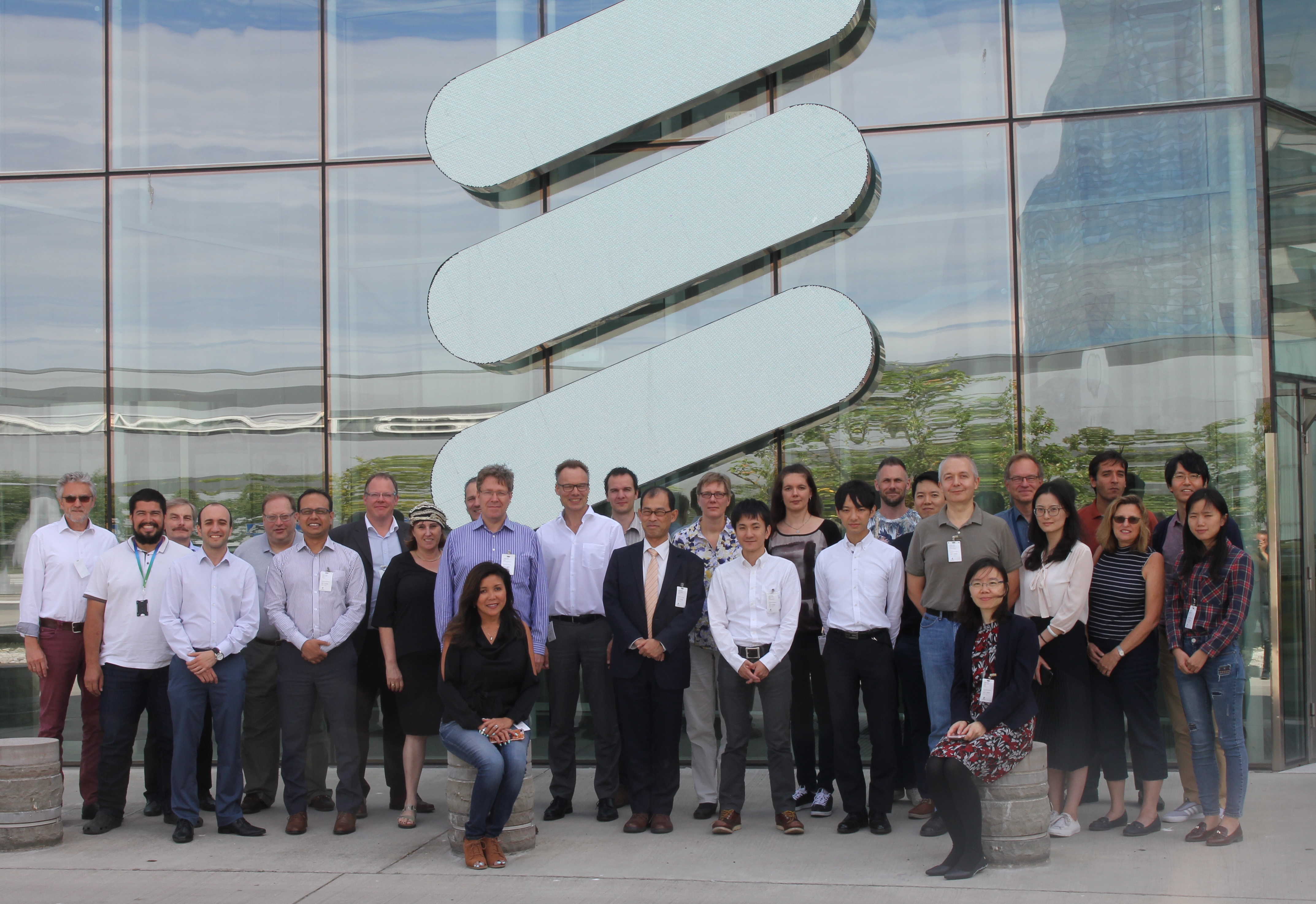 As described in great-strides-made-by-technical-brainstorming-at-zsm-3, the ZSM architecture supports the separation of management and automation into different areas of concern, i.e. management domains. At the ZSM interim#1 meeting and in follow-up conference calls, agreement was reached on the high-level architecture inside a management domain (depicted in Figure 1 below). Each domain includes functional components (FCs) that perform specific task(s) and expose one or more management services via service interface(s). Some of the services are internal services and can only be consumed by authorized functional components inside the domain. Other services can be exposed and also consumed by authorized functional components outside the domain (including those contained in the E2E service management domain and the digital storefront). The management services within the management domain are assembled into logical groups, such as domain control services, domain orchestration services, domain intelligence services and domain assurance services. The architecture is designed to enable closed-loop automation (connecting assurance and fulfillment processes) where the automated decision-making mechanisms (e.g. self-optimization and automated service assurance) can be bounded by rules and policies.

The services are provided and consumed through the integration fabrics, following either the request-response pattern for service invocation or the publish-subscribe pattern for live event streaming.

The PoC story relates to a congestion event caused by a DDoS (Denial of Service) attack that results in a decrease in the voice quality of a network service. The fault is detected by service monitoring within one or more domains and is shared with the end-to-end service orchestrator which correlates the alarms to interpret the events, based on metadata and metrics, and classifies the SLA violations. The end-to-end service orchestrator makes policy-based decisions which trigger commands back to the domain(s) for remediation. Automated closed-loop control is achieved.

More details on PoC#1 can be found at PoC_1_ServoCloud. The slides that were presented in Kista are publicly available at PoC1_ServoCloud_Demo1_slides.

The ZSM team was invited by Viavi and Ericsson to unwind and socialize at a special dinner while cruising around the magnificent Stockholm archipelago and enjoying the beautiful environment.

Tweet
MEC – your guide into 5G
Great strides made by technical brainstorming at Z...